Climate Change - Is it real?

We are on a mission. After last years successful plastic pollution drive (which we are still very much active with), we have decided to turn our attention to climate change with the introduction of our Climate Change Manifesto.

The pupils of Lunt’s Heath are declaring a Climate Crisis and we are calling on everyone to play their part towards a better future. The impact caused by the changes in the world today have polluted our atmosphere (too much smoke, carbon dioxide and other ‘greenhouse gases’ such as methane), making holes in the ozone layer which protects us from the sun’s harmful rays. World temperature has risen more in the last 30 years than it did in the previous 150.

Please join us every week to listen to our podcast where we hope to keep you updated with our fight against climate change. 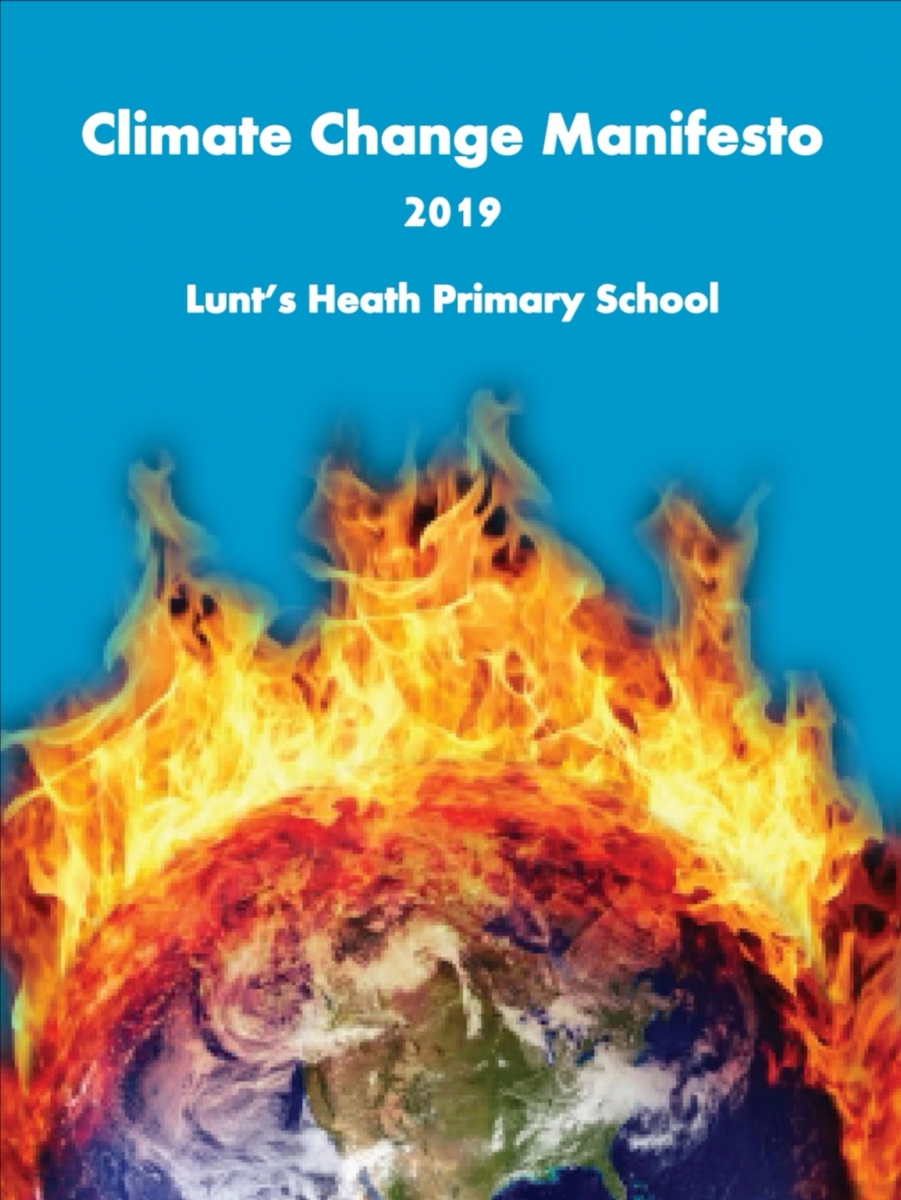 From our research so far, here are some of the main headlines that keep being mentioned.

• The earth’s surface has increased in temperature by 0.6 degrees celcius in the last three decades alone. This causes thermal expansion of sea water which results in a rise in sea levels . This could cause species such as polar bears, seals, and whales to become extinct.

• The polar ice caps have melted faster in the last 20 years than in the previous 10,000 years combined. Studies by scientists confirm that the melting ice caps are supporting this rise in sea levels at an alarming rate. The effects of this are increased risk of flooding, more tropical storms, and more severe hurricanes during stormy season.

• Rainforests are often called the lungs of the planet for their role in absorbing carbon dioxide, a greenhouse gas, and producing oxygen, upon which all animals depend for survival. The speed of burning in the Amazon rainforest is equivalent to the loss of the size of a football pitch every minute. If we don’t stop this, many animal habitats will be destroyed and the animals left to die.

• Every day approximately 8 million pieces of plastic pollution find their way into our oceans. Large pieces of plastic are killing over a million sea birds and animals per year, whilst tinier plastic pieces known as micro plastics are having an impact on marine life under the water. This is interfering with the entire food chain brining the whole ocean system to the brink of collapse.

Update Required To play the media you will need to either update your browser to a recent version or update your Flash plugin.

We would love to hear from you!